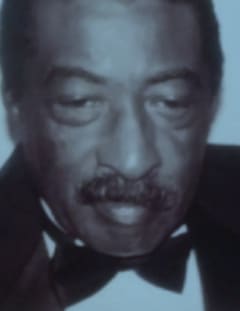 Mr. John P. Pickett, III, “Sonny”, was born February 5, 1938, in Rock Hill, South Carolina, to the late Mr. John Pickett, Jr. and Mattie Davis Pickett. He was the oldest of four siblings. The family later moved to Camden, South Carolina, where he grew up and graduated from Mather Academy. He continued to further his educational pursuits by way of the military. Sonny served in the United States Army for ten years, stationed throughout the U.S. and abroad. He graduated from Paine College with B.S. in Education and as a charter member of the Epsilon Psi Chapter of Kappa Alpha Psi Fraternity, Incorporated. He also earned a M.S. degree in Educational Administration from Augusta State University, formally known as Augusta College.

Sonny, as he was affectionately called, met and married the absolute love of his life, Betty Frances Clinton. After a three-month courtship they were married and enjoyed fifty-nine years together, most of those years were in Augusta, Georgia. After leaving the Army, Sonny and his bride, Betty, settled in Augusta, Georgia and he began his teaching career with Richmond County Public Schools. He gave his time and service to educating students for thirty years until his retirement in 1999.

The second love of his life was music! Music has been a part of Sonny’s life since he was a teenager. He loved jazz and could be found on any given weekend playing his bass professionally at local entertainment venues, public and private events, and playing with family and friends. He always looked forward to playing in the UNCF Jazz concert sponsored by Paine College and participating in the Augusta Candlelight Jazz Series in Augusta, Georgia and Aiken, South Carolina. Sonny was a part of many bands throughout his life, including James Brown’s house band and other celebrity artist, The Will Noble Affair, Confirmation, The Don Macy Quartet, Mello-D, and also played with several other musicians in the city. Sonny also loved playing golf in his leisure time, spending many weekends on the golf course with buddies.

He joined Bethel A.M.E. Church where he was a member of the Sons of Allen and rendered his musical talents at several church functions. Sonny transitioned this life peacefully early Sunday morning in his sleep surrounded by his family at his side.